We have many available venues from 100 people to 1500 people 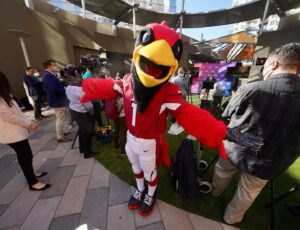 Super Bowl 2023 in Arizona is the 4th time the nation’s most popular sporting event will be played in Arizona. This will be the third time the game will be played at the University of Phoenix Stadium. The previous times were in 2008 and 2015. The Super Bowl was played at Sun Devil Stadium in 1996. A study commissioned by the host committee found the last Super Bowl generated an economic impact of $720 million on the local economy. The impact of a game in 2023 could exceed $1 billion, according to David Rousseau, chairman of the host committee. Super Bowl 2023 in Arizona

More than 150 parties and other events are expected to rock Arizona during the 10 days that lead to the Super Bowl 2023 in Arizona. A new process was introduced to select hosting sites for the Super Bowl, which began with Super Bowl LVI. The previous process that allowed cities to submit bids for the hosting rights was discarded. Instead, the league unilaterally chooses a single hosting site for each game, not allowing other cities to bid; the chosen city then puts together a proposal that is voted upon at the league’s owners’ meetings.

Fantasy football is you think your team has a chance to win! 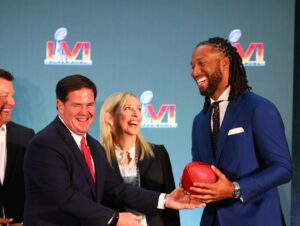 Arizona was the first location chosen for this process; its proposal was accepted unanimously on May 23, 2018. The parties and events during the week preceding Super Bowl Sunday are more important to some people than the actual game. We plan private and corporate Super Bowl events in our very own unique venues in Phoenix and Scottsdale. 17 venues to be exact are available but availability is limited during this time of the year. We efficiently plan events for all locations and deliver multiple, consistent executions. Our team is committed to delivering excellence and being fully accountable for the service they provide for our Super Bowl sponsors and clients.

Get your Super Bowl Game On in 2023 Arizona 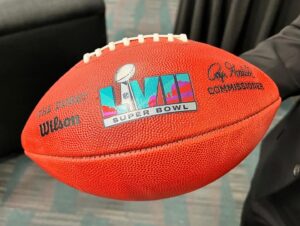 More than 150 parties and other events are expected to rock Arizona during the 10 days that lead to the Super Bowl 2023 in Arizona. The Super Bowl is one of the biggest events in all sports and is something that should be experienced by everyone at least once. Whether or not your team made it to the big game, both the game and the celebration and festivities that accompany it are unforgettable.

When the Super Bowl lands in town, so do scores of celebrities, athletes, business people, and politicians — and they want entertainment outside of the big game.

Are You Ready for Some Football? We were! 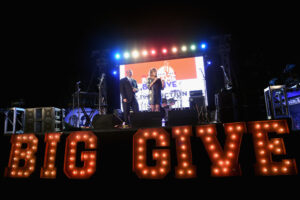 Each year, The Giving Back Fund holds its “Big Game Big Give” fundraising event at a private estate in the Super Bowl city the weekend of the big game. This star-studded gala has become a favorite among the philanthropy elite, with previous celebrity hosts including Alec Baldwin, Chris “Ludacris” Bridges, Mark Wahlberg, Hilary Swank, and Ashton Kutcher, Demi Moore, Josh Brolin, Jaime Foxx, Michael Phelps, and David Schwimmer.

We were thrilled to receive a call in 2015 by the late Linda Pope to work on The Big Game Big Give Benefiting The Giving Back Fund. The event was at the home of Matt Williams, a former Arizona Diamondbacks Player.

Keep calm and get your game faces on 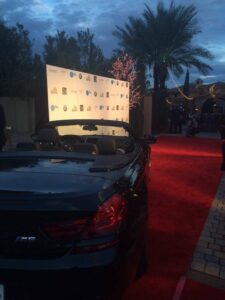 Our team has produced many events for each Super Bowl held in Arizona. This time around we have our own venues!

Matt and his wife, Erika Monroe Williams, are co-chaired by Arizona super-philanthropists Bill and Linda Pope.

The theme of this year’s soiree, Arizona Shines, was selected by Williams and Pope, who have been working alongside their prestigious host committee to create an event that will both dazzle guests and showcase the southwestern state in its entirety. “What we wanted to do through this wonderful opportunity was really how Arizona shines with all its wonders, philanthropy, people opportunities. We truly are, in our minds, a magnificent state,” Pope says. 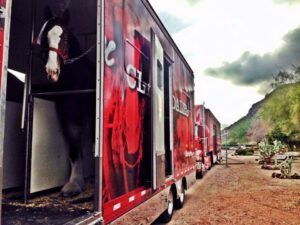 Guests strolled a block-long vibrant red carpet ahead of entering the Williams’ gorgeous estate. Once inside, there were tons of photo opportunities with the Budweiser Clydesdales. A bronze-colored, flaming sculpture of the mythical Phoenix was the courtyard’s centerpiece. Arizona’s most unique destinations are being recreated across the property, each boasting a signature cocktail crafted by talented Valley chefs. Highly anticipated is the area portraying Flagstaff and Arizona Snowbowl, which will be outfitted with real snow, a fire pit, and a fully-functioning chairlift. 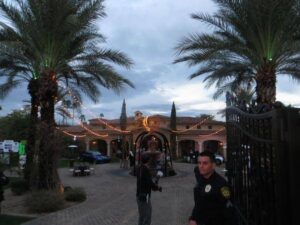 Guests included Bay and Cindy McCain, both co-hosts. Former San Francisco Mayor Gavin Newsom, “No Country for Old Men” and “Fargo” producer Joel Coen, and a handful of Washington Nationals players followed. Gov. Doug Ducey attended, along with many of the Valley’s biggest charitable donors. Actor and producer Mark Wahlberg and “Transformers” director Michael Bay were also among the hosts.

The only Sunday that matters is Super Bowl 2023 in Arizona

SPEV & SHP works with prominent industry brands to provide seamlessly executed captivating events from concept to completion; focusing on event management, we provide our clients with a customized service offering based on specific project delivery needs. Every endeavor profits from a sole point of contact chosen from our knowledgeable account executive team. Scottsdale Hangar Parties provides a one-stop-shop for all of your Super Bowl event requirements in-house AV, staging, various high-level catering partners, Beverage Service, and providing an impressive experiential experience. Our versatile unique event spaces can host any event from 100 to 3000 guests.

Why we love football and the Super Bowl in Arizona

Come for the football, stay for the snacks!

All
Book A Venue Tour 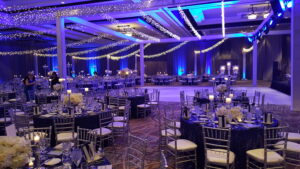 What You Need To Know To Make Your Event Educational, Entertaining and Memorable! When it 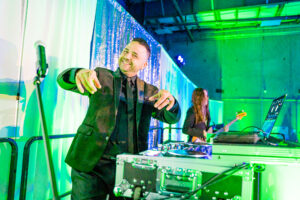 Choosing The Right Entertainment for Your Event

Of course, you want your event to have great entertainment… But determining what’s “great” is 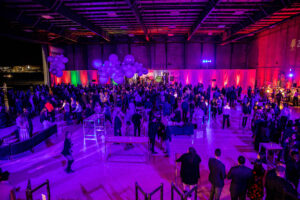 In an Airplane Hangar, Event Options are Endless!

Finding the right space is one of the first steps to planning a great event. 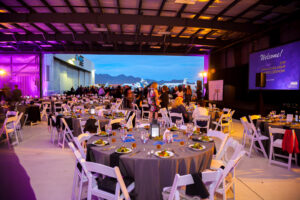 At SPEV, we have an array of event spaces available, ranging from smaller, more intimate