Book A Hangar Tour
Menu
Back to all

How to Have a Social-Media-Optimized Wedding

How to Have a Social-Media-Optimized Wedding

Five experts weigh in on the new rules of wedding tech.

How does one come up with a hashtag?
“You shouldn’t spend longer than 60 seconds thinking of it — the quicker it comes to you, the better. The more you think and ruminate on it, the more pained it will feel. My now-husband, Preston, and I were watching TV and talking about our save-the-dates, which I designed to read, ‘OMG we’re getting married.’ Preston said, ‘Why don’t we make our hashtag like that?’ We both thought that was really funny, and he suggested we add our first initials. So we went with #EPOMG, because it rhymed, it was easy to remember, and it made us laugh every time we said it to each other. The No. 1 rule is to make sure it’s easy to remember, because you don’t want your guests asking each other what it is when you’re walking down the aisle and they want to post a picture of you. And then the second rule is to make sure it isn’t heavily used. If there are one or two photos with that hashtag, that’s okay, because your feed will take it over. You don’t want your wedding getting lost in Instagram.” —Elizabeth Spiridakis Olson, creative director whose 2013 wedding went viral

How do you make sure said hashtag gets used?
“Include it on your wedding website or save-the-date card, and ask the DJ to announce it in between songs. You can have framed signs on the tables that encourage taking photos and sharing them using your hashtag. But definitely limit it to one or two areas — you don’t want to turn your wedding into an MTV Awards–style production.” —C.K. Alexander, wedding-vow coach andowner of LoveInk

Should I assign someone to manage social coverage so I don’t have to be tied to my iPhone?
“Yes, taking candid snapshots is a great task for, say, the groom’s awkward sister who is only a bridesmaid because you felt guilty. And then specifically ask a few friends who take great photos to live-post the memorable moments of the evening. Some brides aren’t above giving their bridesmaids a shot list, like the bridal-party jump shot.” —Lindsay Kaplan, digital-communications executive

What if this social-media flurry leaves people feeling angry for not having been invited?
“Address the situation yourself: Share a picture with your network and say, ‘Thank you for the kind words! We wish all of you could have been here with us.’ ” —Dawn Mauberret, wedding planner and co-founder of Toasted Wedding Event

What do you do when you’re tagged in unflattering and embarrassing photos that are circulating on social media?
“There is a personal rule of not posting photos to social media unless I’ve asked permission of everyone in the photo, or they’re particularly close friends and everyone looks cute and sober. Don’t take it personally if someone untags themselves or asks me to remove the photo. I suggest everyone adopt similar practices. If you’re the one who wants the photo removed, say so. You have every right to be in control of your own image.” —Jaya Saxena, co-founder of Uncommon Courtesy etiquette blog

Yes, this exists: New York–based concierge service Maid of Social, which launched this September, will send a representative to your wedding who will post photos to Instagram, live-tweet the ceremony, send Snapchat messages, and even stream the first dance on Periscope. “We work with the couple ahead of time to make sure that we’re in the loop with everything happening on the actual wedding day,” says co-founder Samantha Roberts. “This includes tagging vendors to make sure they’re credited and helping take photos for the bridal party. That means you’ll have someone on hand specifically to take those non-selfie shots of you and 20 other friends, without hassling the hired shooter.” Customizable packages start at $1,200.

The Art Director: Pixobook
This service collects all of your guests’ pictures, curates and retouches them, then designs and prints a custom album. Guests can also upload chunks of images directly to the app later on. Once all the photos are in, someone at Pixobook will either meet you in person or online to talk about the highlights of the big day, after which they take on the job of curating all the images down to a selection of 100 to 150 pictures.

The Private Network: WedPics
Those who’d rather not overshare their wedding on social media can set up their own private mini-network with WedPics: After receiving an email, text, or custom card invitation, guests can post a photo album plus view the itinerary, registry, accommodations, and bridal-party bios on a personalized wedding dashboard. WedPics will host an unlimited number of images forever, but you can also download photos at full resolution or have them printed. At the end of the year, the app plans to roll out a chat function so guests can interact with one another directly, opening up the possibility of cutting Tinder out as a middleman.
Free; wedpics.com.

The Photo Studio: Social Print Studio
Once you’ve collected all the candid snaps from your wedding, print your favorites through Social Print Studio’s app, which directly connects to your Instagram or smartphone albums. You can create everything from framed prints to magnets. Square-format prints and photo strips are also available, which makes creating personalized wedding favors and thank-yous that much easier.
Prices vary; socialprintstudio.com.

“Always remember that the first photo you share is probably the one that’s going to take off the quickest and have the most impact. I actually posted this one early on, right after the ceremony, when I ran out to retouch my makeup. Christian Siriano, who designed my dress, took it. It’s definitely not the best picture that I shared from our wedding, nor of me. But the little things you notice and don’t like about yourself, it turns out literally nobody gives a shit about.

This photo was totally off-the-cuff, against a brick wall, and diagonal — it wasn’t even straight!” —Nicolette Mason, contributing fashion editor and columnist at Marie Claire and blogger, married at the Wythe Hotel this past May

Part 5: Should I Use Social Media at the Wedding?
Jen Doll, author of Save the Date: The Occasional Mortifications of a Serial Wedding Guest, breaks down when to tweet, swipe right, or snap.

“No. If I were going to tweet something, it would be a snarky comment about something I noticed or an overheard statement.

Facebook?
“After the fact. Facebook is less about immediacy and more of a place where things live.”

“Maybe. Sometimes weddings can be extremely cloying or just really irritating for various reasons. If there were going to be a place for you to be a little cutting, it would be Snapchat, where the offending comment would immediately go away.

“Afterward. If you encounter someone you swiped right on, you could message them: ‘Did I just see you at Dave and Judy’s nups?’ But using Tinder at the wedding proper isn’t going to be as effective as talking to the person, because in the social construct of a wedding, friendliness and openness to love and a kind of letting down of our guards already exists.”

“Yes. Instagram is really the best place for anything wedding-related. But don’t shoot anything negative, like people vomiting. Show people looking pretty.”

*This article appears in the Winter 2016 issue of New York Weddings. 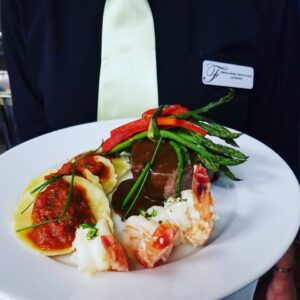 Fresh from the Kitchen Catering

Fresh from the Kitchen Catering “A taste of Perfection!” From
Read More Why You Should Host Your Private Party At An Aircraft

How to Pull off a Corporate Event on Short Notice? Completing any task on short

Fresh from the Kitchen Catering

Fresh from the Kitchen Catering “A taste of Perfection!” From the time I was 8
Read More » 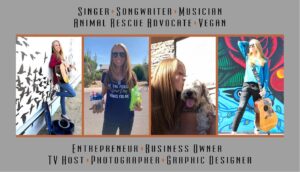 Meagan Gipson is a fifth generation Arizonan. Living a creative existence, she is a graphic